Ophelia Nichols, or Ophelia Nicholslangen, is a famous American TikToker and internet celebrity. She is popularly known for her shoelover99 TikTok channel. She currently has more than 8.5 million TikTok fans.

Her incredible lip-sync videos have made her a viral sensation. This is not all Nichols does; she is also a podcaster and a social media influencer. She hosts a podcast called “Tot Talks” along with her two friends. The podcast usually addresses issues relating to motherhood and mental health.

On her website, aptly titled Shoelover99, she shares her adventures. Ophelia has more than 23.5K followers on YouTube (as of June 2022). She also uploads vlogs about her adventures. To add, Nichols spends the vast majority of her time on her TikTok account. 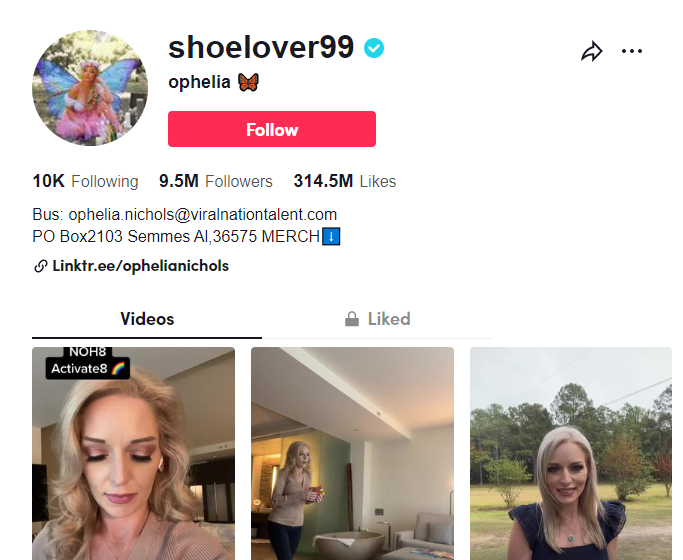 Nichols’s successful work provides her with a comfortable income. On top of that, she has worked and is currently even working with a ton of well-known companies on various projects. Furthermore, she promotes various cosmetics and trendy apparel on her social media accounts. According to some sources, Ophelia Nichols‘s net worth is estimated to be between $800,000 and $950,000 (approx.).

She’s one of four siblings. Derick Nichols is Ophelia Nichols’s Husband. Ophelia is a happily married woman who resides in Mobile, Alabama with her spouse. According to her Facebook page, the happy couple tied the knot on March 13, 2010. She is a mother to her 4 kids, namely Randon Lee Nichols, Gibson Phillips, Baige Lee (daughter), and another child whose name is not known.

Randon Lee Nichols, her son, was reportedly murdered the day before he turned 19. She also appealed to her followers to assist her in locating her son’s murderers.

Ophelia made the headlines when she announced on social media in a video posted in June of 2022, “Today would have been my darling child’s 19th birthday, but he was taken from me last night. Took away from me and my spouse and our kids. The murder of my son has devastated me. After he was shot, I felt a wave of emotion that I can only describe as “hatred,” even though it was unlike anything I’d ever experienced. “ Nichols stated at the time that she was still investigating her son’s death.

How Did The Murder Happen? 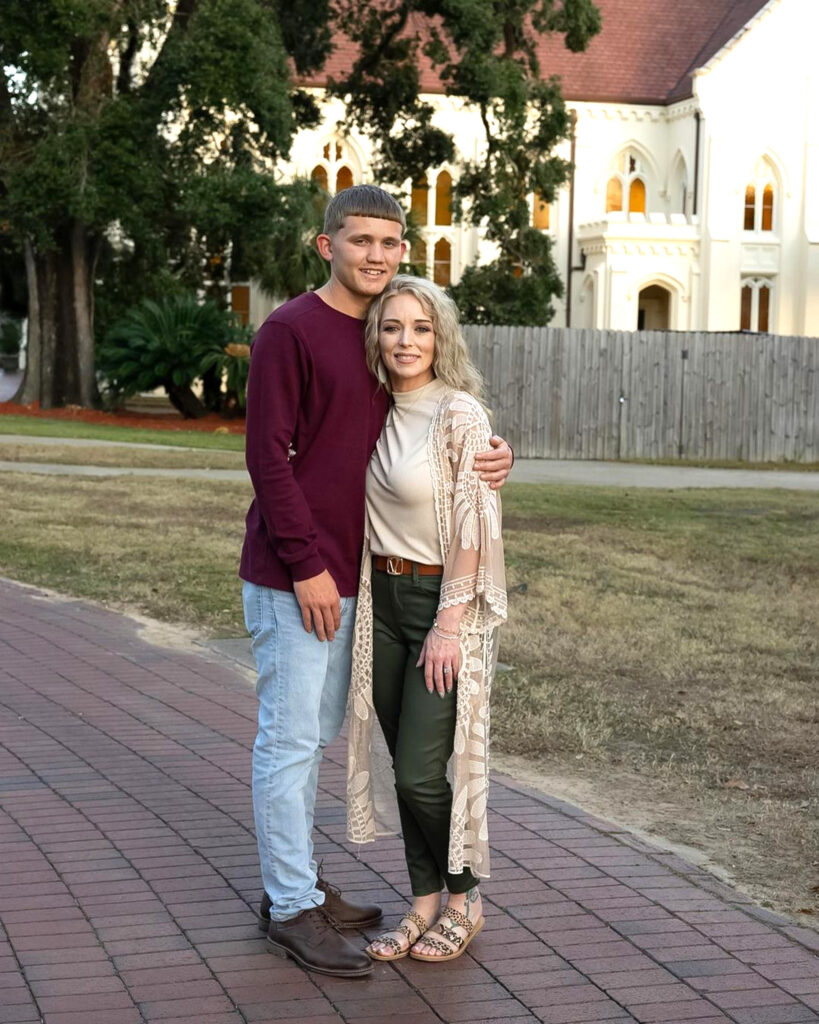 The whole world of Social-Media sympathized with Ophelia Nichols when she announced on Tik Tok the demise of her son. It was one of the most shocking news when she revealed that her son Randon Lee has been murdered.

Just one day before turning 19, Randon Lee was shot and killed at a petrol station in Prichard, Alabama in June 2022, as Detective Jason Hadaway said during a news conference.

As Hadaway pointed out, the suspect entered Lee’s vehicle and fired a single shot. The man then got into his car and drove away from the petrol station, leaving Lee there. Lee, too, left to “avoid” the gunman. The victim was located by emergency medical services after making his way across the street to a different station. It was too late to save Lee, and he was pronounced dead on the spot despite everyone’s best efforts. At a news conference after the murder, the authorities revealed that Lee, 18, was assassinated because he was involved in the drug trade.

Mobile County Sheriff’s Office records reveal that on August 18, murder suspect Reuben Gulley, 20, was apprehended and taken into custody. After a few days of the manhunt, reports were claiming that the shooter turned himself in. A representative for the Mobile County District Attorney’s Office informed that the suspect was being held without bond since he was already out on bond for narcotics convictions. His arraignment was scheduled on August 23. Nichols cried in July 2022 as she described how her husband Derick helped her through a tough period.

Ophelia Nichols, better known as “Mama Tot” to her 8.7 million followers, confirmed the arrest in a message on Friday in which she called out other Tik Tokers for reporting the news first.

Aftermath Of The Murder

The TikTok celebrity, who is still grieving the loss of her son Randon Lee, spoke out after the arrest of a man. Ophelia Nichols, who became famous on TikTok, said she was “grateful, but not joyful” when a suspect was apprehended in the murder of her son.

Ophelia stated that upon viewing the suspect’s mug photo, she had the following internal dialogue: “Holy cow! A baby, at best.” After then, she said, “After thinking about it for a while, I concluded that in a few eleven seconds he decided to throw his life away. One thing that both he and my newborn son had in common was that they had a mother who would stop at nothing to take care of them. That’s something they probably both agree on.”

Some Facts To Know About Ophelia Nichols

Ophelia Nichols is currently dealing with the aftermath of the death of her son. She has been receiving a lot of support from her family, especially Ophelia Nichols’s husband. We all hope that she recovers well and soon joins her channels back.

When it comes to choosing a wedding dress, brides tend to get overwhelmed. Because there are plenty of styles and…

Severe lower back discomfort is common. Ankylosing spondylitis (AS) can cause very severe pain. Traditional painkillers could have unfavorable side…

Easy Ways to Save Money on Your Next Vacation

When you’re planning your next vacation, it can be tempting to let costs factor into your decision-making process when choosing…

Amber Heard’s name and case came to light, after her infamous trial with her ex husband Johnny Depp. The Amber…