Once an organization or a firm voluntarily discloses its misconduct by itself, it’ll invite a lot of probing inquisition. The firm is given the burden to choose what to disclose and what not to disclose. Legal expert Lisa Manziel has however stated that many forget to think of where to make the disclosure. Lisa Manziel has been working with healthcare practitioners and firms for more than thirty years. She is a legal practitioner who specializes in business law and compensation problems at Manziel Law Offices. She further warned firms taking this step never to underestimate their decisions because this is a serious issue.

While most firms make these disclosures to the government, there is another entity they can disclose to. That is the DOJ(Department of Justice). However, no matter the entity you disclose it to, each has its advantages and disadvantages. It’s up to you to weigh the pros and cons and choose the better option.

Advantages of Self Disclosure to the Departments of Justice

Disclosing fraudulent activities in your healthcare firm to the department of justice has the following benefits.

DOJ doesn’t have a specific settlement rate, unlike the government which demands almost twice the amount. DOJ states that the ultimate rate defendants can get shouldn’t surpass the amount given to the government as settlement. This includes investigative costs, loss of earnings, the damage incurred by the government, and so on. There are things the DOJ put into consideration when trying to settle. These are; how cooperative the discloser is and accepting to be responsible for the damages.

The Discloser can Pay Lower Multiplier with Additional Benefits:

As stated earlier, the disclosed doesn’t pay more unlike if it was disclosed to the government.

Disadvantages of Self-Disclosing to The Department of Justice

The government automatically postpones the need to announce and refund an overpayment with a 60-day ultimatum. The ultimatum starts once the overpayment is noticed. The DOJ doesn’t postpone this refund announcement.

Before the amendment of the protocols, the government agency revealed its intention to change the protocols to the public. It requested input from medical practitioners and the public. They revised it to make the healthcare system a trustworthy one. Thereafter, they made another revision to replace the earliest amendment done to the protocol.

This protocol aims to make it easy for the disclosing parties to comply with the laid down requirements. There are liabilities given unto disclosing parties to pay compensations. These liabilities can be waived if they self-disclose fraudulent activities in good faith. They can also salvage their reputations against any civil actions taken or when the government decides to investigate them.

The time between the fraudulent act and disclosure, subject prerequisites, and the techniques for evaluating the damages are constant.

The fraud self-disclosing protocols laid down by the Office of the Inspector General are:

If you have evidence that your healthcare organization is involved in fraud and wish to self-disclose, go ahead. Choose whether you want to disclose to the government or the Department of Justice. 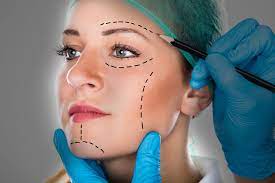