‘Take yourself so high that before every fate”

Ask this from God – Tell me what is your king?’

The paralyzed always have to be subject to those who give shelter. In such a situation, neither his self-esteem nor self-confidence could survive. He becomes a puppet in the hands of others and is forced to live a life of frustration, anguish, torture, pain, humiliation, and neglect. Therefore dependence is considered a grave sin. And Independence was needed.

Only a self-supporting person has come to know in the true sense what are sorrows and pains and what is the value and importance of Independence, happiness, and convenience, how much joy and self-satisfaction there is. What are the world and society called? What is the pain of humiliation? Lack can hurt a person in some way. The reality of such things can also be known and understood by a truly self-sufficient person. The dependent always has to give up the worry of humiliation and humiliation, living beyond the sense of inferiority, despite being a person like this, one has to live life by becoming a person via independence. The hunger to be an easy, simple human being, to get human respect and dignity is innate in every human being. It can be accomplished by becoming self-reliant.

Being self-supporting does not mean that man should have big

Tall and tall palaces. If there is a lot of wealth, if it is not so, if a man does not have his right over the big, high-speed methods, then it is useless not to have them all. Only by working independently and according to his will, man becomes successful in serving the interests of himself, the neighborhood, the street, the society, and the whole country. A self-supporting person can take appropriate steps after thinking with the spirit of liberation. Every drop of sweat that flows through his hard work is as precious as a pearl. What is called true happiness and self-satisfaction is attained only by a self-dependent person. Keeping all these facts in mind, poet Maithilisharan Gupta has said a line in ‘Saket’:

Kuber’s treasure can be sacrificed at a glimpse of self-reliance, that is, even on a life lived on a normal level full of self-reliance, Kuber’s treasure can be sacrificed. Only a self-supporting person can do self-reflection and improve the hereafter along with his own world. Such people used to make their living by weaving the mats of their palace for other people of the society. Saint Kabir used to take care of his family by weaving cloth, whereas Guru Nanak Dev did not touch the ascent of Dharamshala (Gurdwara) even after taking the displeasure of his sons. The cow grazing of Shri Krishna, Sant Raidas, and Dadoodayal is supposed to indicate the way of doing things like tying shoes. They definitely inspire you to become self-reliant. Their importance is also going to be highlighted.

The person who is not self-supporting

He is the one who bears the blame for every failure of his. Tulsidas Ji has rightly said, ‘Dev-Dev is called lazy. Self-supporting human beings, regardless of success or failure, keep striving and paving their way by tearing down obstacles, obstacles. Keep moving forward firmly on the thorny path. The obstacles of the path do not stop their steps and ultimately success chooses them. On the strength of self-reliance, Shivaji, along with a few soldiers, had chewed the huge army of Aurangzeb. Eklavya had acquired amazing skills in archery even after being neglected by Guru Dronacharya. A simple man like Napoleon had become a great general. Abraham Lincoln, the son of a farmer and carpenter, became the President of America. History is replete with such examples. Get more information on Digital Sports Info.

Today’s person wants more and more money and means of happiness, but not by plundering others and pulling the leg down or back, by putting faith and loyalty in oneself and oneself. This is the reason why today’s person is dependent and unhappy even after being independent. There is only one way to get rid of this situation and that is to become self-reliant, no one else. Dinkar Ji has rightly said –

There’s always a need for transporting materials and commodities from one place to another, either within the country or across…

Which Technology is Best in Future HVAC or Microsoft Project?

About: Well, Microsoft Project is a mission control software program framework. This framework is formally brought through Microsoft itself. Microsoft…

4 Things you absolutely need to know About Buying a Home

Achieving such a tremendous and important milestone is something to be proud of. If you are at that point where…

How to Decide Moving for a Job is Good or Not?

COVID-19 really gives challenges to our income. The long lockdown and more really make life challenging. So, at that time,… 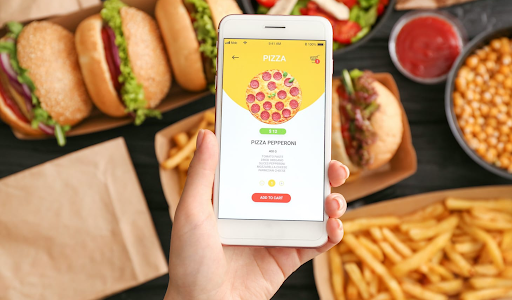 The dynamics of the market have been changing recently with the integration of the internet and its tools. People in…