Planning to move during peak season? As most of the relocation procedures are prevalent during this time frame, it is a common scene to find numerous moving trucks on the streets of India and new neighbors moving in your locale. If you are also on the verge of moving to a new house during the peak season, here is all that you need to know.

When is the peak season for moving to India?

In India, summer is the peak season for moving or house shifting. Mainly the months between March and September mark the peak season for the relocation process. Almost 70% of the total financial turnover of the packers and movers industry is generated during these months.

Why is summer the peak season for moving to India?

There are several justified reasons for considering summer as the peak season for moving to India. We are going to discuss 5 such prominent reasons:

There are quite a few Indian families who move with their school-going children be it small children, pre-teens, or teenagers. These families often prefer relocating in the summertime, when school session is not in their mid-term. Moving halfway during the academic year can disrupt a child’s learning process as well as their consistent schedule.

Moreover, there is a high possibility of losing an academic year as the child has to repeat the same year from the beginning in his new school. Hence, parents particularly choose to move during the summer vacation of the children; summer vacation generally is after the annual exams each year from the mid of April to the end of May. The new academic session begins in June.

Conducting a relocation process during the winter months is not a feasible task as there in many parts of the country there is snow, ice, or dense fog. In some metro cities like Delhi, the pollution level spikes up at an extreme level and there is an opaque layer of smog in the air and which makes things very difficult to see on the highways at night. This can cause catastrophic road accidents of the vehicles on move.

For people of north India, climatic conditions during the summer are more conventional and ideal for relocating. Most people would rather prefer to deal with hot and humid weather than opt for a treacherous winter relocation. If you are planning to relocate intercity during the winter season, think again. Do not rush and make hasty decisions as it may lead to a dangerous outcome.

It is a common practice among house-owners to rent out their houses with a yearly contract that begins and ends during the summer months. Due to this very reason, most of the tenants prefer to relocate from one house to another during the summers. If you are a tenant and you are planning to move to a new house, consider moving during the summers. Your rent agreement period will be complete by then and it will make things smooth, especially to get back the security deposit amount from the house-owner.

4. Marking the Academic Year in Colleges

Some cities are the educational hubs of India like Bangalore, Pune, Delhi, Mumbai, Kolkata, etc. People residing in these cities can expect to see plenty of new moves at the beginning and end of the summer season. As the academic year ends in mid-April and begins in June, most of the teenagers relocate to these metro cities for their higher studies. If you are a careerist young individual who wants to relocate aspiring to have a successful academic future, consider moving during summers.

At the onset of the summer season in India, you will find discounts raining everywhere. The movers and packers industry announces some of the most lucrative offers during this time. Many of the houses are on sale and you will find “To Let” signs on many of the houses and apartments. House selling and renting hits their peak during the summer season. If you are planning to relocate during summers, you might be able to grab some of the money-spinning offers and discounts on your relocation deal.

How to make the most out of the summer relocation?

Summer is the peak season for house shifting, is the time of high demand in the packers and movers industry. You should finalize the moving company and book them at least 2-3 months in advance. If you don’t book in advance, your preferred moving company may not be available for your service as they are most likely to be already booked by then.

Try to relocate during the weekdays as you will find lesser people swarming up the packers and movers Bangalore to Kolkata service providing companies on these days. You will have higher chances of finding them available on weekdays during summers.

Your Call After All

Relocation services in the peak season are a widespread affair in our country. But sometimes it can be a bit fussy as the harsh rays of the summer sun can drain out your energy levels and burn out your skin. But the best thing about moving in summer is that you will not have to face the foggy weather of the winters. Several road accidents take place due to this reason. But summertime can offer you a safer relocation experience in this regard.

Hiring movers and packers are meant to lessen your worries and ensure your comfort and make sure that your relocation is smooth and hassle-free. Not only will your shifting be stress-free, but you will also get in-transit insurance. In-transit insurance ensures that your belongings do not get tampered with or lost on the way to your final destination. The movers and packers service providers also deliver you with door-to-door packing, moving, and unloading facility.

Now that you are aware of the facts why summer is the peak season for house shifting, we wish you a relocation as smooth as butter!

Shopify is a wonderful platform for companies that sell online to build their online store. Numerous Shopify Plus agencies help…

Tax Consultant in India: A Service With Ethics

Why do you need a tax consultant? Nobody can answer this question other than you yourself. It depends on you… 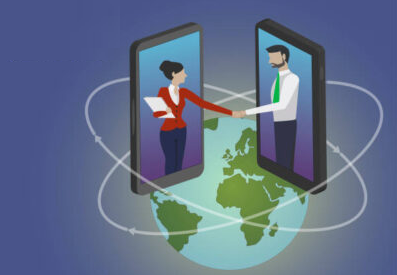 7 Most Favorite Desserts For Kids

Might there be any celebration without sweets? Clearly, not! In our lifestyle, pastries are solidly interlaced with merriments, and as…

Is Cycling Considered A Hobby?

Cycling is not just a sport, it is a healthy alternative to driving a car. The only reason why I…