Facing the oriental bias, Indian art has received a backlash from the global community for a long time now. But, Modern Indian artists have changed how people used to see and judge traditional Indian art. By their artistic imagination and creation, they were able to stand on a pedestal in the world of art. Struggling through their problems, they emerged as some of the most noted and cherished artists that Indian history has ever witnessed.

Nandlal Bose had a fire in him that is clear in his artworks. He was a man of commitment and determination. He pursued his career to become a painter fighting the circumstances. First of all, his penchant for art was not appreciated and recognized by his family. He was one of those celebrated artists who commissioned by the Government of independent India to cover some artworks. His incessant efforts to promote arts got him the recognition of the highest order from the government. He received Padma Vibhushan in the year 1954.

He took birth on 3rd December 1882 in the house of Kshetramonidevi and Purnachandra Bose. His father used to work as a manager for the Raja of Darbhanga. His inspiration for creativeness was his mother who used to make toys for her children at home. He had two sisters and two brothers.

He was sent to pursue his academic education in Calcutta in 1898. He was forced to study despite his entreaties to let him admitted to an art school. He failed his exam and eventually got admitted to Presidency College where he brushed his art skills. After this failure, he took admission in Calcutta School of Art. He developed his art under the tutelage of Abindranath Tagore that helped him to shape his art further.

Abindranath Tagore- The precursor of Bengal School of Art

He was the nephew of the celebrated Nobel Laureate Rabindranath Tagore. He took birth on the 7th of May 1871 in Bengal. His tryst with art started while he was pursuing his bachelor’s in Sanskrit College, Kolkata. Thereafter, he left it after remaining there for 9 years and joined St. Xavier’s’ College to read English.

In 1890, he got enrolled in the Calcutta School of Art. He developed his art under the supervision of European artists like O. Ghilardi and Charles Palmer. He learned the techniques of pastels from the former while he honed his skills in oil with the latter. He was then directly taught by the vice-principal of the Government School of Art.

He painted a series based on Calcutta’s city life christening it as Arabian Nights. His efforts in recognizing the need to pay heed to our indigenous art forms to show nationalism bore good results. His paintings like Bharat Mata filled people with nationalist sentiments and helped to motivate the masses in India’s freedom struggle.

He believed that traditional Indian art paved the way to salvation as it had a hint of spiritualism in it while he denounced the western forms because of their emphasis on the glorification of reality and, materialism.

She was the first female figure to leave a mark with her thought-provoking art among the top Indian artists in the male-dominated world of art. She took birth on 30th January in the year 1913 in Budapest which is situated in Hungary. She was born to parents belonging to different ethnic backgrounds. Her father, Umrao Singh Sher-Gil Majithia, was an academician and his mother was a Hungarian singer. She was brought up in a small town of Hungary known as Dunaharaszti with her younger sister, Indira Sundaram, whom she admired a lot.

Her passion for art developed when she was very young. One could say she was a child prodigy as she started painting at a tender age of 5 years. After four years when she started in 1917, i.e. 1921, came with great hardship as her family shifted to Shimla because of crunch in finances. She started playing piano and tried her way in acting alongside her sister in the prestigious Gaiety Theatre. Her fierceness and rebellious sense of expression got her expelled from school as she declared that God did not exist.

He is known for ridiculing the hypocrite upper class through his satirical works. He took birth in the year 1924 in a small town of Goa. His father lost him when he was young. His mother, Lila Maria toiled day and night as a dressmaker to educate him. His childhood was not easy and destiny seemed to test him from time to time. At an early age, he was struck with smallpox and barely survived. His mother christened him again by adding Francis after the great saint when he survived that ordeal. He got his bachelor’s from Sir J. J. School of art and is known for painting bold themes, classically nudes.

The Potential for Growth of the Indian Chemical Industry

Growth is a constant thing for any industry that wants to develop and succeed. Otherwise, if a sector remains in…

What is the Importance of Design in Your Marketing Campaign? 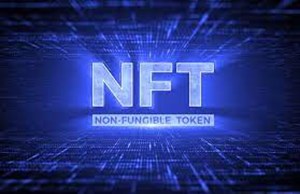 Advanced Wallets and much More about NFT

As its decentralized information stockpiling capacities improve, Web3 turns out to be more amazing. Clients may now utilize blockchain and…

6 Fights To Look Out For

For martial arts lovers, watching fights is an interesting and fun pastime. They especially love to watch their favorite…